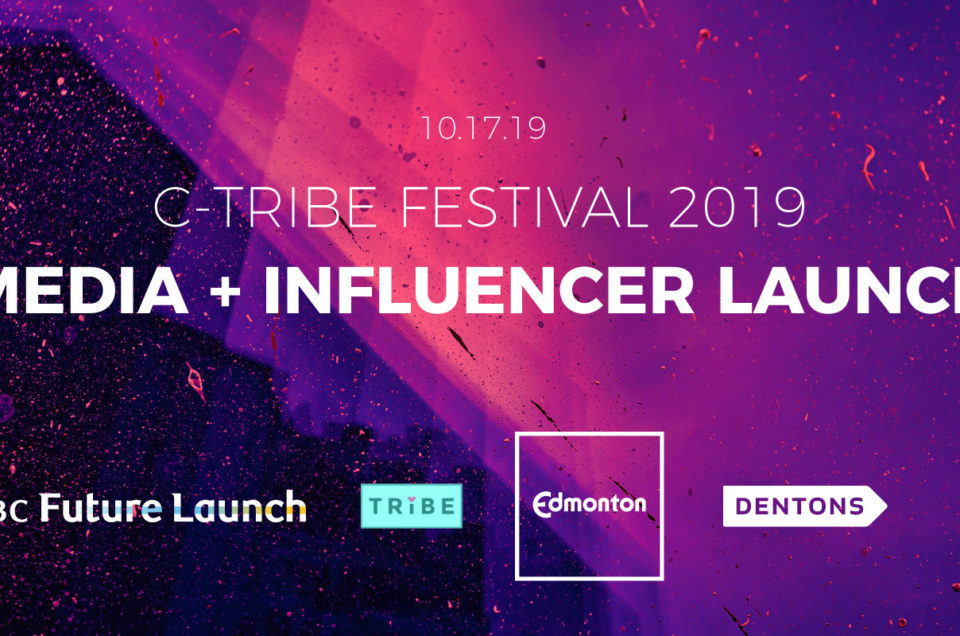 Announcing official dates and schedule for the C-Tribe Festival: A five-day collision festival set to showcase the best of the Canadian creative and innovation ecosystem in nation’s northernmost metropolitan city, Edmonton.

Edmonton, Canada, November 12 to 16, 2019 –Canadian innovation and creativity will be on full display at this year’s C-Tribe Festival: a five-day collision festival which celebrates the best of the national tech and creativity ecosystem.

View the photos from the latest Media + Influencer Launch here.

The Youthful Cities Canadian Urban Work Index funded by RBC Future Launch listed Edmonton as the #1 city for youth to live; ranking high in affordability, entrepreneurial spirit, and economic opportunities. Vice President for Corporate Citizenship at RBC, Valerie Chort says RBC Future Launch is a decade-long commitment to helping Canadian youth prepare for the jobs of tomorrow.”We are committed to acting as a catalyst for change, bringing government, educators, public sector and not-for-profits together to co-create solutions to help young people better prepare for the future of the work through “human skills” development, networking, work experience, and mental wellbeing supports.”

More than 1500 attendees will flock to the host city of Edmonton, Alberta for the immersive programming. The festival programme is further broken down into three categories, with an aim to demonstrate how the intersection of culture, innovation, and creativity can result in actionable solutions to the challenges of our times.

Alberta has been an artificial intelligence leader for more than a decade, with Google AI subsidiary DeepMind fulfilling their first international office in Edmonton. This is yet another indicator that the city is an emerging hub for ideas, talent and opportunities – and the ideal host for C-Tribe Festival.

Festival founder and chairperson Sahr Saffa said the festival acts as fertile ground for ideas and collaborations. “We already live in a world of collisions. A world where two seemingly opposing concepts could be molded into one and transformed into new and re-imagined industries. Collisions break down barriers between ideas, points of view, and create new grounds that we can explore and build upon together. Edmonton is an emerging innovation and creative hub, it’s punching above its weight on a global level, and we believe it’s the perfect time to continue to spotlight the next generation of business leaders, artists, innovators, and creators” he said.